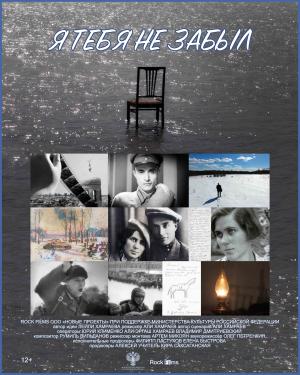 In the movie "I haven't forgotten you" talked about the short but colorful life actor and playwright of Soviet cinema Ergash Khamraev. He was and talked with interesting people 20-30-ies, which laid fundamentals of new art in Uzbekistan. In 19 years Ergash Khamraev went to study in Leningrad College performing art. After its completion began to appear in the main starring, and in 1935 made his debut as the author of the film script «Dzhigit.» In the same year Ergash meets Anastasia from Samarkand, and in the Uzbek quarter of old Tashkent appears blue-eyed the girl who gave birth to two sons. In July 1941, the second Lieutenant of the reserve Ergash Khamraev mobilized in the army. In February 1942 he dies. About his father in the film tells Ali Khamraev, Director and screenwriter. He found in the village of Casunca the grave of Ergash Hamraev, and then for many years restored in the archives of his entire life path and the details of the death. The film is dedicated to the fallen in the great Patriotic war…