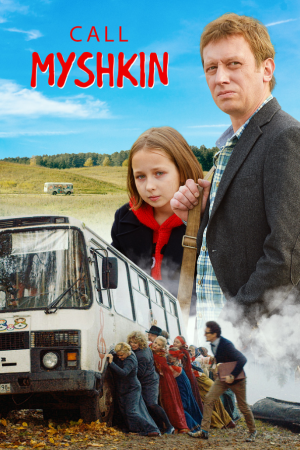 Production: Rock Films, with the support of the Ministry of Culture of Russia; and the Cinema Fund

When he was born, an actor called Myshkin was given the heroic name of Yermak, and that is where all his resemblance to the famous Cossack warlord ends. In reality, this is a modest and self-conscious man who resigned to his fate of being a stage director of school performances. But destiny gives Myshkin an opportunity to prove he is worthy of his big name. Dasha Samoylova, a precocious daughter of a popular actress, persuades Myshkin to go on a journey from St. Petersburg to Moscow and to take her with him. A musical is to be produced in the capital city, based on the theme of the Russian conquest of Siberia, and an actor named Yermak would be a major attraction. For Myshkin, it is the chance of a lifetime! Being naïve, Myshkin does not suspect that Dasha has staged her own kidnapping in order to revenge on her famous mother for not paying enough attention to her child.