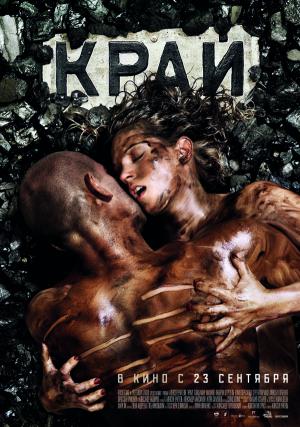 Production: Rock Films Channel One Teleshow with the financial support of Russian Railways

"The Edge" is a story of suppressed passion and destructive obsession set in a remote post WWII Siberian village sparkled by the arrival of Ignat, an emotionally and physically damaged Soviet tank commander with an obsession for steam engines. His self destructive streak causes increasing havoc until he makes an astonishing discovery in the forest. Elsa is a German girl who had lived in an old steam engine in the forest for four years. Despite no common past or culture, by protecting Elsa, Ignat discovers how he can save himself. When they return to the village with the locomotive they have christened "Gustav", a head to head, a winner-takes-all locomotive race will decide their fate. The only question is how much strength and fury can there be in one man, in his battle to assert his identity and to defend his love and eventually to become the winner ... or forever remain a spirit trapped, never to be free.