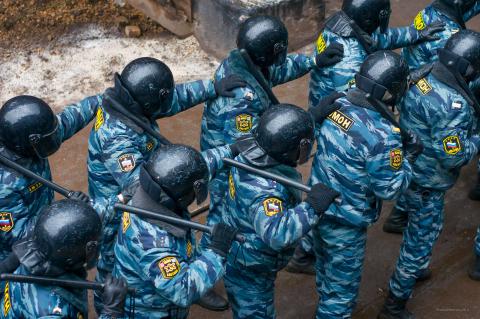 Two Russian films are to be showed at the Toronto International Film Festival, which will be held in the Canadian city on September 5-20, 2013 – police drama ‘The Major’ by Yuri Bykov and Alexey Uchitel’s new film, ‘Eight’.

‘The Major’ tells the story of the deputy chief of police in a small settlement in the Ryazan region, who runs over a child while driving his wife to a maternity hospital. The film was in the program of the International Critics' Week at the 66th Cannes Film Festival and it participated at the Kinotavr-2013 Film Festival in Sochi.

The film also received received three awards – for best film, for best stage direction and for artistic achievements (for the music in the picture) - at the International Film Festival in Shanghai, held in June.

Uchitel’s ‘Eight’ is based on a novel by Russian author Zakhar Prilepin. The main heroes of the film are a group of young OMON (Special Forces) officers whose lives change forever after a brawl in a nightclub. The film will be released in Russia next January.