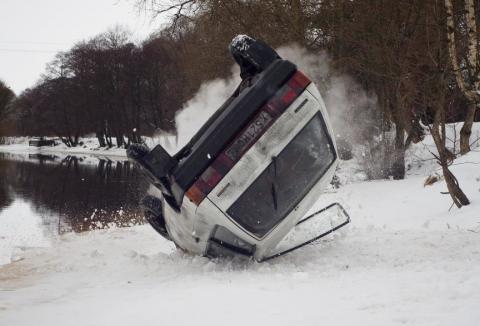 Second National Film Festival of Debut Projects «Motion» will open on the 23rd of April in Omsk. The opening film of the festival will be the Russian premiere of Alexei Uchitel’s new project «Break Loose» - screen version of Zahar Prilepin’s novel of the same name. The international premiere of «Break Loose» took place during the 38th Toronto Film Festival earlier this year. The film will start its festival tour in Russian from «Motion» in Omsk and will be released in cinemas on the 8th of May.

«I am very happy that «Break Loose» will open [the «Motion»] this year - a unique event in our country’s cultural space. I fully support the idea of this project, because it is very important for the future successful careers of young filmmakers today to be supported in the very beginning of their journeys», - says Alexei Uchitel

This year Debut Film Festival «Motion» announced two competitive sections: main competitive programme «Motion. Forwards» and a short film competition «Motion. Beginning». Moreover, the festival does not have strict genre or stylistic boundaries, as this year it accepts not only feature films, but also documentary, animation and experimental works. Applications are already open and will be accepted until the 20th of March.

«Festival «Motion» is dedicated in the first place to young filmmakers’ works, and this already brings an expectation of innovation and multiform. This is our experiment, highly controversial, but we decided that a debut festival can afford that» - admits the festival’s president Artiom Mikhalkov and chief producer of the festival Polina Zueva.

The festival «Motion» is dedicated to young filmmaker’s projects, but what is important is not the age, but the shared views, aesthetics and cultural values between the filmmakers.

The main competition will consist of 7-8 films about contemporary Russian life.

«Auteur cinema as much as spirited genre films, feature films or non-feature, equally deserve places in the competition, which will be judged by distinguished figures from Film and Theatre», - notes festival’s program Director Stas Tyrkin.

«Bite the Dust», director’s debut of Taisia Igumentseva, and «The Sea» by Alexandra Strelyanaya w